Today the Sahel and West Africa face some of the world’s most complex challenges; the mounting public dissatisfaction with the instability and protracted military operations have led to the successive coups d’État in Mali and Burkina Faso. The rise of new (and old) security partners is transforming the region’s security landscape, pushing France and the EU to reorganize and shift their military operations toward the coastal countries in the Gulf of Guinea; the violent non-state actors (VNSAs) continue to infiltrate in its northern parts and other areas via the fragile borderlands. Furthermore, the war in Ukraine has had a considerable impact on people’s daily life.

Under these circumstances, Japan will organize the 8th Tokyo International Conference for African Development (TICAD) on upcoming August 27and 28, co-hosted by United Nations, United Nations Development Programme (UNDP), World Bank and African Union Commission (AUC). The TICAD was launched to demonstrate Japan’s commitment to African development in 1993, when big powers’ interest and support for Africa had been declining after the end of the Cold War. Since its installment, the TICAD has been gathering all the key actors every five years (every three years since 2016), to discuss and support the key pillars for stability and development.

Evolution of Japan’s assistance since 2013

Traditionally, Japan has been active in the social and economic development of the region. However, the rise of global and local VNSAs and the terrorist attack on the gas facility in Tigantourine in January 2013 had pushed the government to step in the security assistance on a larger scale. The then Abe Administration had a keen interest in mobilizing Japanese investors in Africa and promoting Japan’s proactive role in strategic and global security issues, so shortly after that incident, the Ministry of Foreign Affairs of Japan (MoFA) announced on January 29 the new three pillars of foreign policy, consisted of “Strengthening measures against international terrorism,” “Support for the stabilization of Sahel, North Africa, and Middle East regions,” and “Promotion of exchange and dialogue with Islamic and Arab countries.” At the 5th TICAD in June 2013, Japan committed to providing 1.3 billion USD in development and humanitarian assistance in the Sahel.

In parallel, the government quickly decided to build up and strengthen the security and intelligence cooperation frameworks and networks in Africa, involving the Japanese security apparatus in such a framework. Government institutions also managed to work on the regional dimension (bridging the Maghreb-Sahara/Sahel-West Africa, separated in terms of administration) and to give more attention to francophone Africa where Japanese companies started to invest. In 2016, at the 6th TICAD, Japan again committed to providing 120 million USD to capacity building to fight against international terrorism, including the training of 30,000 officers.

Table 1 lists the major security assistance to North and West Africa (the list is not exhaustive) provided by the MoFA since 2013. Initially, the root cause of the threat was mainly considered as the violent extremism infiltrated/imported by neighbors and other regions, so much of the assistance was concentrated on the border control and capacity building for the security sector, including the provision of Japan-made materials. In parallel, a lot of humanitarian assistance has been provided via UNHCR.

Among these assistance, financial supports for organizing the Dakar Peace and Security Forum since its launch (2014–2019 and 2021) are rather unique. In collaboration with France and Senegal, the contribution and active participation in the Forum allowed Japan, as a new actor, to show its strong commitment to assisting the security-development nexus in Africa. It also helped Japanese policymakers and experts to strengthen networks at various levels and to understand the multi-layered and complex nature of the threat that the region faces.

In July 2019, Japan joined the G5 Sahel as an observer. Then, in September, the government launched the New Approach for Peace and Stability in Africa (NAPSA) at TICAD 7 held in Yokohama. The NAPSA aims to address the root causes of conflict and terrorism through supporting institution building (see Box 1). It shows a set of clear orientations of Japan so as to facilitate the collaboration and coordination with African and international partners.

Meanwhile, due to the rapid spread of VNSAs, much technical cooperation (assisted by Japanese experts) in Niger, Mali and Burkina Faso were forced to scale down or suspend their activities. Such decrease is offset by the increase of grant contribution to international organizations, notably on the border management (by IOM), prevention of violent extremism, capacity building of PKO and security officers, and more recently, promotion of borderlands and their communities and provision of vocational and technical education (by UNDP). For the longer term, however, Japanese development cooperation needs to consider an alternative way to be back in the field and listen to the voices of the local population again.

Source: Uesu (2022), updated by author based on MoFA ODA Database

Box 1 Three pillars of the NAPSA

How can the NAPSA respond to the unfolding crisis?

While the global media keeps reporting the situation in Ukraine and its refugees, the number of victims and refugees in the Sahel and West Africa are passed over unnoticed.  Some vulnerable conflict areas in Africa is becoming a place for proxy war among big powers. Against such a backdrop, how can the NAPSA assist the fragile countries and areas?

Firstly, creating economic opportunities for youth is vital, as the NAPSA highlights the provision of technical and vocational training to train the defectors and the youths under unemployment. At the same time, ISS (2020) notes that “there is no linear connection between vocational training and future job security. And few of these programmes are set up to respond to the underlying socio-economic realities that make people vulnerable to being recruited by extremists”. In the Sahel, where most of the fighters are rural and have different backgrounds, we should start by assisting their reintegration into the community or help create an enabling environment so that the transnational community can circulate safely.

The NAPSA foresees assistance to strengthen the government capability, especially at the local government level. However, in the Sahel, government services are mostly absent in the conflict-prone borderlands. Furthermore, government agents are not trusted by the local population especially in rural areas. While the NAPSA highlights the role of prevention, mediation, and arbitration at AU or regional levels, a more flexible cooperation framework with NGOs close to the local communities is also encouraged.  For instance, several side events or informal meetings were organized by NGOs or research institutes during the Dakar Forum, gathering the key actors to discuss hot and emerging issues. It is a time- and money-consuming process, but under the current unstable and hostile environment, such dialogues would help ease the tension among the parties concerned. European countries are supporting such dialogue to support the Accra Initiative by sharing important lessons learned from the Sahel. It would serve to agree on a set of concrete actions to stabilize the communities, and to establish an early warning mechanism with local actors.

Then, how can we address the difficult and sensitive governance issues? In 2021, many experts exchanged during the Dakar Forum have expressed concerns that governance issues should be clearly communicated to leaders and the military of the region. Ironically, in the 2000s, those countries had been once touted as « a model of good governance (in terms of pubic financial management) » by the Bretton Wood institutions and donors. The military budget has skyrocketed in Mali (339%), 288% in Niger and 238% in Burkina Faso over this decade. There are serious cases of corruption in the sector, while heads of the military deplore the lack of budget and equipment to suppress the VNSAs. In this regard, one security expert revealed an interesting case study in one Sahelian country, where a western security cooperation helped improving the efficiency of the security apparatus even under the budget cut. While such findings cannot be generalized, they would imply important lessons learned to cope with the pressing needs of the Military under constraints. Strengthening the monitoring and evaluation of some security cooperation will be useful for both the African military and its partners.

And last but not least, there is also an urgent need to take measures against the proliferation of propaganda and manipulation via SNS. Some countries have already kicked out foreign correspondents and arrested domestic journalists. Supporting the local media, think tanks and researchers are essential, not only to prevent the development of conspiracy theory and self-fulfilling prophecy, but also to strengthen each country’s governance under the problem. 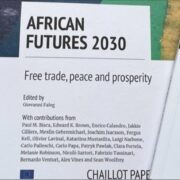 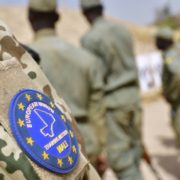 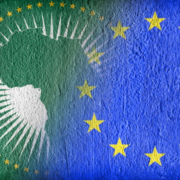 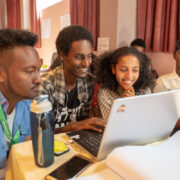 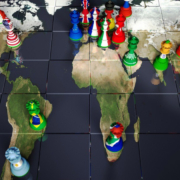 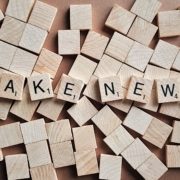 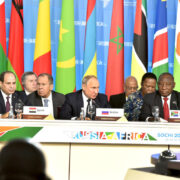